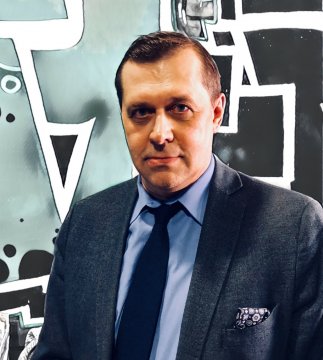 Approved by Diagnose.me Medical Advisory Board on 31 May 2013

"Words cannot describe just how brilliant my experience with diagnose,me was, I will try: It was easy to do (which is saying something for a techno dinosaur like myself), the response was quick (much, much quicker than local doctors), the feedback from the doctor was comprehensive and thorough...but, more importantly than all of this: he picked up something that none of the other doctors have noticed in over four years of me having pain and having seen nearly 30 specialists in my own country. I am incredibly grateful and wish I could give Doctor Sinitsyn a big thank you hug! From now on, if I ever need any medical diagnosis I will get Dr. Sinitsyn to give a second opinion...it was invaluable."

I wrote or co-wrote 8 books, over 120 medical publications, book chapters, textbooks, and am among the highest cited Russian radiologists. I am an invited speaker and multiple national and international conferences, Laureate of the Russian State Prize in Science and Education in 2011 and a member of the Medical Advisory Board of Diagnose.me.