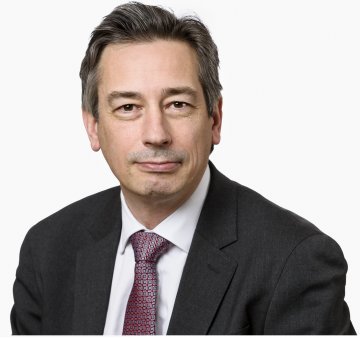 Approved by Diagnose.me Medical Advisory Board on 17 May 2016

Cardiologist • Chair of Cardiology at the University of Edinburgh, Director of Research, author of several successful books and a recipient of many awards. Focused on the advanced imaging of cardiovascular disease and the interaction between cardiac and respiratory diseases.

I graduated from the University of Southampton in 1991. I have worked in Edinburgh for over 20 years and obtained Doctorates in Medicine, Philosophy and Science. I am British Heart Foundation John Wheatley Chair of Cardiology at the University of Edinburgh, Director of the Wellcome Trust Clinical Research Facility, Director of the Clinical Research Imaging Centre, and a Consultant Interventional Cardiologist at Royal Infirmary of Edinburgh. I am the recipient of a Wellcome Trust Senior Investigator Award.

I have major interests in experimental medicine and the advanced imaging of cardiovascular disease including coronary heart disease, aortic stenosis and heart failure. I have held two British Heart Foundation Programme Grants exploring the atherothrombotic effects of air pollution, and has interests in the interaction between cardiac and respiratory diseases.

For my research, I was awarded the British Association of Pharmaceutical Physicians’ Prize, the Croom Lectureship (Royal College of Physicians, Edinburgh), the BUPA research award for the best emerging clinical researcher in the UK, the John French Award (British Atherosclerosis Society), the Goodall-Strickland Medal (British Cardiovascular Society), the Parmley Prize (American College of Cardiology) and BMJ Research Awards 2014. I have written several successful educational books that have received major national awards.

Experience and training
Licensures and memberships
Member of:
Report languages